The Zenonia saga is now online 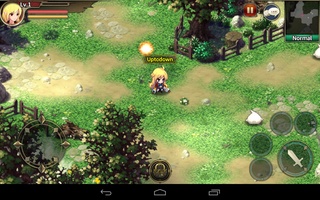 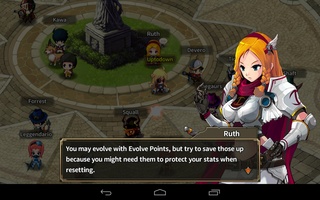 Advertisement
Zenonia S: Rifts In Time is the sixth installment in the Zenonia franchise and the first game of the saga to go completely online. Despite the fact that the game mechanics are practically maintained intact, now you can play with thousands of players online.

The battles in Zenonia S: Rifts In Time happen in real time and you have to use all your character's skills to destroy the hundreds of enemies you come across in your adventures. Luckily, as you annihilate enemies and complete missions, your character will acquire new levels, improve their attributes, and gain skills. In addition, you can kit your character out with tons of objects, armor, and different weapons to customize both her appearance and statistics.

Players can visit a common city where they can communicate with the rest of the players. That said, PvP mode, where two characters go head to head in a multiplayer battle, is much more enjoyable. The winner takes all ... and the loser, well, less.

Zenonia S: Rifts In Time is an noteworthy game, like the rest of the installments in the saga. It has great graphics and a fun and dynamic battle system.
Reviewed by Andrés López Translated by Sarah

I hope I can run the game without xigncode3 pops out in my face several times, I played it once when it was public now it is only in some country's, It's just sad I finished zenonia 3 and 4 now i.m in...

The World of Magic
A magic world full of danger and opportunity
Zenonia 4
An ancient evil threatens the stability of the world
Warspear Online
Dominate the Arinar universe from your cellphone
Arcane Legends
Fantasy roleplay on Android has a new king
ZENONIA 5
The greatest action RPG has returned
AVABEL
Quality massively multiplayer on your Android terminal
Rev Ersi Quest
An interesting mix between RPG and reversi
G.I. JOE: Battleground
Join up with the G.I. Joe or the Cobra in their bloody war

Genshin Impact
An open-world RPG with spectacular graphics
Brawl Stars
3-on-3 battles from the creators of Clash Royale and Clash of Clans
One Piece: Fighting Path
A unique adventure in the One Piece world
League of Legends: Wild Rift
The MOBA king deploys its arsenal on Android
Angry Birds Epic
Join the Angry Birds on their most epic adventure
LifeAfter (Global)
Cling to life in a hostile world
Blockman GO-Adventures
Travel and have fun in all the worlds offered by this application